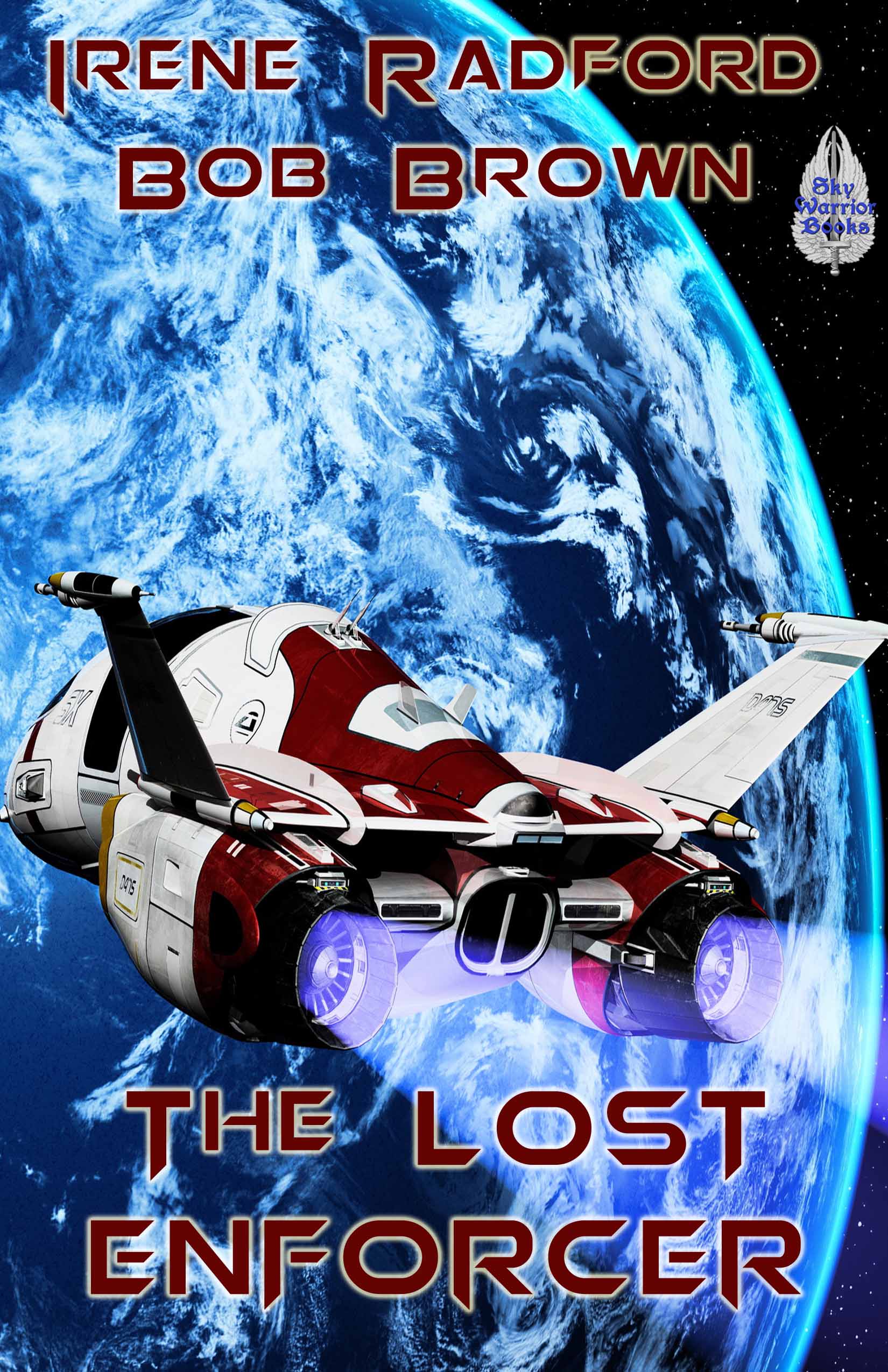 Caveat to my readers to begin this:  I am not without prejudice when it comes to these authors.  I consider them both friends, and have been camping with them on a number of occasions.  In fact, I appear as a character in The Lost Enforcer, albeit briefly.  The name of the animal is changed away from “Frog,” though.  Which is to say, I may be biased toward it.

That said, this book is a pretty decent hoot.

The Enforcers are an interstellar, semi-autonomous police force.  In terms of galactic politics, this presents a number of issues.  Over a hundred years ago, Enforcer Jakai managed to shoot down a spacecraft belonging to the power-mad warlord Dorno Ben Sant, but he had to sacrifice his own ship to do it.  Ever since, Jakai and Ben Sant have been in a sort of stasis, waiting.

Until (of course) now.  Ben Sant has taken control of a Palestinian rights movement, posing as the returned Mahdi, the Twelfth Prophet, here to lead glorious Islam into the…well, you get the idea.  He’s harnessed the fundamentalist crazies in an effort to grab power for himself.  Jakai, awakened by a couple of backpackers in the Cascade Mountains, is out to stop him.

There’s a whole passel of characters to deal with.  The Intergalactic Parliament is in political conflict with the High Council, and if you’re wondering what that means then join the club.  I couldn’t figure it out either, but I decided to liken it to the difference between the UN General Assembly and the Security Council.  That’s a wild guess on my part.  But there’s certainly intrigue, and everyone is lying to everyone on the high-sided political climate.  Back on Earth, first contact has been made, botched, and is now turning into a diplomatic kerfuffle.  Everyone has their finger in the pie, everyone thinks they know what’s best, and everyone tends to just make the situation worse.

This is a fun, fluffy read, and I enjoyed it.  It does have some problems, though.  To begin with, I had a hard time really getting into any of the characters.  The plot is interesting, but the characters themselves flash by in such a dizzying haze that I tend not to care about them.  I get that Cody, our backpacking earth girl, is something of a protagonist-ish figure, but honestly she’s not a character with a hell of a lot of agency.  At various points in this book Cody is captured by aliens, kidnapped from those aliens by another alien, and smuggled across the Mexican border by…well, by aliens, but in the illegal-immigrant sense.  She lacks agency through most of the book, and what she gets towards the end kinda feels too-little-too late.  That, and she totally leads on any guy attracted to her to get what she wants, which is kind of despicable.

The book flashes POV characters so quickly that is can be hard to keep up with it.  Someone you were just in the head of is, a page later, being referred to with descriptors only.  It’s not impossible to sort out, but especially at the beginning I had to go back and re-read a couple of times to figure out who my perspective character was, where the change happened, and to reset my expectations.  A lot of these shifts happen mid-action-scene, which ups the level of disorientation.  It didn’t kill the book, but it felt unnecessary.

All of that said, the action in this book is a hoot.  It is a comedy of errors, with nobody getting anything right.  It is one colossal pooch-screw after another, and it’s fun to watch all these characters fall flat on their faces.  It’s a book that should be approached as a fluffy, fun summer read, but it is a very fun summer read.